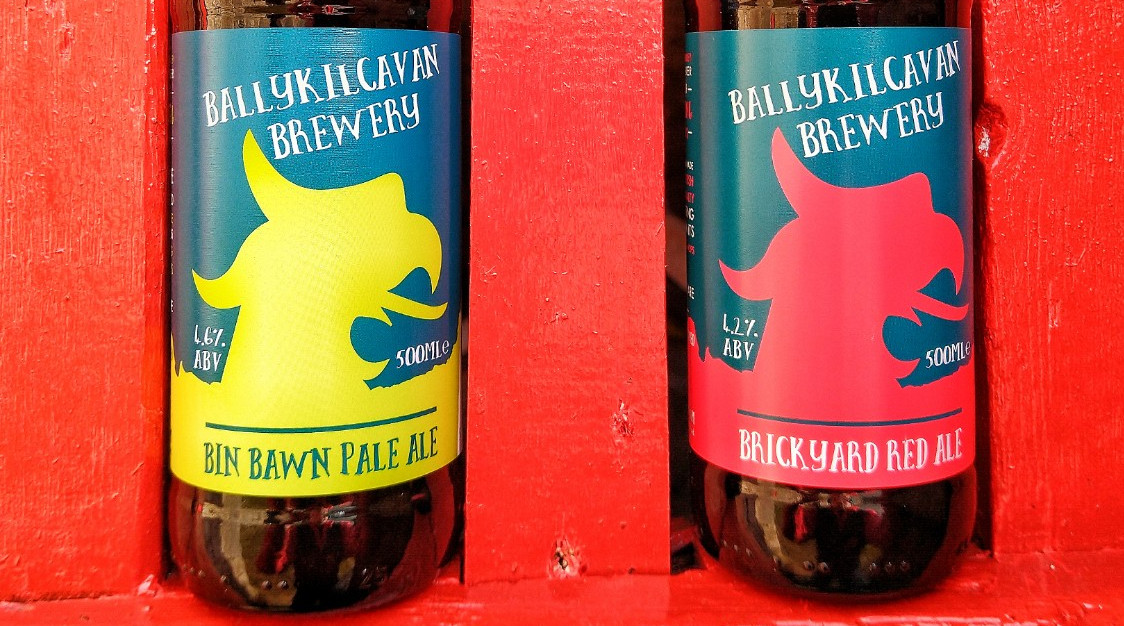 How did the beers get their names?

Back when we were starting up the brewery, we had to make the choice of what to call both the company and our first beers. Ballykilcavan was a relatively easy choice for the company name. It's two syllables too long (three syllables seems to the optimum), and there have been a few people who have struggled with it, but it's where the barley is grown, where the brewery is based and for me, it was really important to tie the brewery into the history and stories of the family farm.

The first beer name took a bit more thought. We spent a lot of time thinking about different naming schemes, but I remember walking though a crop of nearly mature barley in the Bin Bawn field in 2016 and thinking that if we were tying the brewery name to the farm, why not tie the beer names to the fields where we grew the barley used to brew them? It was another way to tell our story and it gave us a good shortlist of names for the next few beers that we released.

Bin Bawn means white head in Irish and is supposed to be refer to heather that used to grow at the top of the field. Both the field itself and the townland it's in share the name, and it's sandwiched between Ballykilcavan townland to the East and Kylebeg townland to the West. We're very lucky here to have a map of the farm from 1754 and 1855, and both feature the name, though it's called Bing Bawn in 1754. Most people seemed to take well to the name, though I did hear from one stockist that they had a regular customer in looking for the Bin Laden beer.

When we came to releasing our second core beer, we decided on a red ale and started looking for a name to fit it. Brickyard seemed to work well, though it was very close to being Rath Field Red. Almost all of this farm is light, sandy soil, but the Brickyard is the one field we have that has a bit of clay in it, and the soil there was literally used to make bricks back in the 18th and 19th centuries. The bottom of the field is so heavy that my father gave up trying to grow barley in it and planted it into an oak plantation in the 1990s.

If you're familiar with the whole range, you'll know that the field names are only used for the bottled beers, and we've gone a different route for the cans. The very simple reason for this is that we are getting very close to running out of usable field names. I was quite keen on a Casey's, McHugh's and Tower beers, but all of them have been used previously. Blue Door is a bit too close to Blue Nun for my liking, and 7 Acres (we have two fields on the farm called the 7 Acres, neither of which is actually 7 acres in size), might cause a bit of confusion with our nearest neighbouring brewery. I'd still like to use Vicker's Grove at some stage, but we'll have to come up with a new recipe to match the name first.

← Back to main blog page